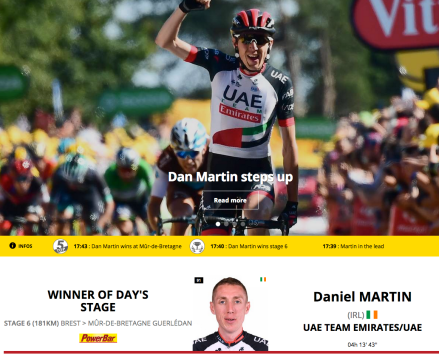 Is this a science-methodology outside the possible reality of today’s sports medicine and sports science? (A complex system approach,  based on self-regulation, improving our biological vitality)

This is a new approach to reality. Understanding that the basis of all our actions is how we were introduced to reality orientation and on what premises were we told about what the real world really is.

Some have experienced the vegetative inversion- the vegetative wave. A huge transformation. (inversion [in-ver´zhun] 1. a turning inward, inside out, or other reversal/transition of the normal state of the organism)

In the new reality, we see the athletes adaptive physiology saturated with a history of emotional load and suppressed biological vitality – limiting performance. (possibly faulty biomechanics leading to injury) A new potential that can be made available.  Massive new vitality and performance coming.

This article is mostly about improvement in Pro Cycling.

Vegetative points to our inner pillars of adaptation. Our vegetative system. Our performance frame. Training here means we break up and expand the performance characteristic of the organism centrally. This is done by putting the athlete in the most optimal position for activating self-regulation, then using the organisms own self-regulation movements – accelerating them.

In my opinion, any athlete should consider improving the imperfect/lacking contact with basic and spontaneous biologically determined movements that characterize the athlete These contacts may be more or less disturbed, but it is always disturbed.  For me, these processes are the organisms own keys to human transformation-performance.

In my experience, most athletes will fast improve beyond his/her performance maximum when using Vegetative Training.

After 2 weeks Seamus Coleman got Man of the Match 5 times in 8 matches,

Prof. Dr.Dr. Christian Schubert is the head of the Laboratory for Psychoneuroimmunology at the University Hospital in Innsbruck. He sees Vegetative training as one example of the paradigm shift in medicine.

Its mostly unknown or new to the sports industry/science that we can transform/remove structures in our Vegetative system that limits performance and recovery.

That we can expand the performance characteristic of a Pro rider from inside with only laying on a bench.  And no touch, traditional training,  talking, machines or medicines.

Vegetative training can transform injury, emotional load/disturbance and adaptive limitations to exhilarating new performance. We see trauma as a potential for improvement.

The tradition has +60 years experience in expanding lung volume and breathing function and generally lift all functions of the organism.  Think about that!!.

Its not a new approach but the sports industry only needs to rediscover, update some of their methods and theoretic.

(Eternally grateful to Inge Jarl Clausen & his method to overcome my own demons/mental issues and transform my psychological & physical limitations to exhilaration performance I never had before/  The cool thing I can feel there is more performance to come with  Vegetative Training , Inaki de la Parra   #Joy) 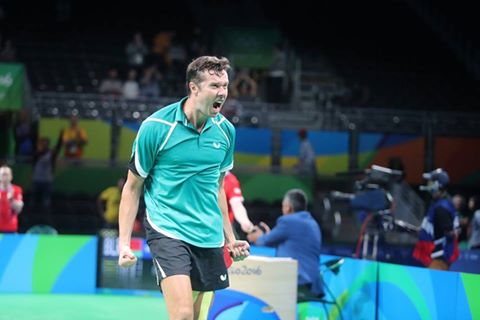 Its also new to Pro cycling is that we can more or less fully recover a Rider after a hard race or training.  This in about 35min. If used every day during a grand tour its possible to be more or less fully ready again for the next Grand tour in a few days after. I’ve done this in Pro cycling at altitude training, during hard races and lately with Ultraman Inaki de la Parra.

Some Riders might suffer some kind of flu/fever or other unclear symptoms during the season. I see this as a natural reaction to an overload of adaptive physiology due to a not deep enough recovery method.  The body can try to cook out overload structures.

What if we every day took away any overload signs with Vegetative training. Balance out the vegetative system. Get the riders smiling and getting deep sleep during races or training.. Then the season will be with less adaptive sicknesses / dysfunctional transitional symptoms. 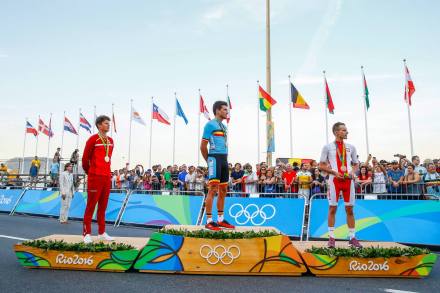 Few know it is possible to make the organism of a rider look younger and fitter.  A rider around +30 years will normally look a few years younger in 2-3 months.

The method is based on an oød Norwegian medical/psychological science/tradition. Not an esoteric variation. No touch-no mental training-no invasive methods no medicine. Practiced and used in Norway for more than 60 years. Approved by Health-Government in Norway since 1950.Didrik Tønseth. From serious injury to Olympic Gold – South Korea 2018

In July 2014 vegetative training was implemented in the Austrian National team Football. Austria won group G, and qualified for Euro Cup 2016. 28 of 30 possible points. Not lost a match. The method has supported improved FIFA world ranking from 46 to 10 (FIFA ranking 5 Nov.. 2015).

If any key person or Rider in Pro cycling really looks serious into this approach,  I hope he/her will start to understand that this is a real and huge advantage in Pro Cycling performance development.

THE VEGETATIVE SYSTEM – in vegetative training

“The vegetative system consists of the hormone balance, the immune system and the autonomous nervous system sympathetic/parasympathetic”.

The approach can be considered as a holistic, almost monoistic approach in understanding the human organism, and looks at all the manifestations of the organism as an expression of aspects of the same whole. Central to this whole is the functionality, of the vegetative system, which is seen as one of the pillars of the organism’s adaptation, and will determine how the organism is able to utilize its growth and self-regulation potential..

By any mental or somatic disorders in the organism, the restoration of normal vegetative functions will lead to optimization of the specific organism’s functionality.

The organism’s own healing powers spring out from the vegetative system and works through this system on all other biochemical, physiological, somatic, emotional and cognitive processes.

Change happens centrally and spreads peripherally in the organism

If You are interested in more info look around on this blog or feel free to contact me any time.

Sending You all good vibes here from sunny Bayern, Germany.

I Engaged in kite surfing about a month ago and injured my knee.

Observed swelling, discomfort, as well as the pain inside knee that highly mortgaged daily condition, and walking …

After a session aimed at a specific problem, a saw the swelling disappear and my  knee problem gradually disappeared in front of me,  also wore off the pain. . just a wonder!

I again took up kitesurfing!

11 thoughts on “What is Vegetative Training?”