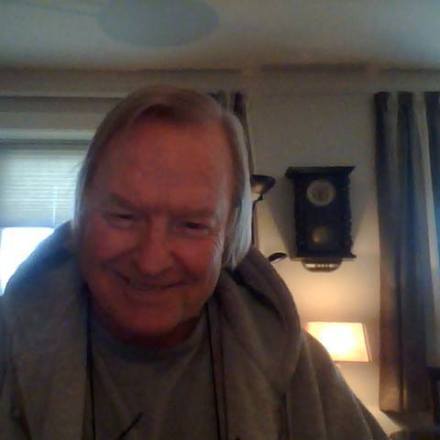 “Do you know anything about the world around you?” asks Don Juan of his student, Carlos Castaneda, at their second meeting.

”I know all sorts of things,” answers Castaneda, thinking of his academic education.

”I mean, do you ever feel the world around you?” asks Juan.

”I feel as much of the world around me as I can,” replies Carlos.

”That is not enough. You must feel the whole thing, otherwise the meaning of the world is lost,” answers Juan.

.. an invisible thread inherent in our very chemistry is a powerful force,(feeling) a striving toward life maintenance that governs life in all its guises, including the development of genes that help regulate and transmit life. Antonio Damasio, The strange order of things.

One often hears that man is considered as a part of nature. I would go further, because:

As I see it, man is nature.

Man appears as nature through the universal in nature. Man appears with his physical form in flesh and blood, which has a brain, two arms, two legs and sensory apparatus. Here we can perceive the methodological approximation which I have chosen in order to understand man as nature, the dialectical thinking and awareness. What I mean by this is that to understand is, as Don Juan points out, to enter into the total oneness.

This does not mean that understanding cannot be achieved by people who do not perceive or have not entered into this oneness, but rather that the aware person who integrates his or her awareness into nature also enters a level of awareness that springs from a fundamental basis that perceives everything as a whole, both within the person as an individual and also with respect to the individual’s existential position in nature, in other words, the all, or what we might term the cosmos.

For me this signifies the interplay between the organismic form in which man appears and the true natural laws which are present in both man and nature. To make this more clearly comprehensible, consider the following theses:

All natural laws apply without exception, including to the human organism.

All motion, change and transformation springs out of and at the same time lays the groundwork for and maintains a pervasive internal consistency.

Internal consistency and deep interrelationships on complex levels constitute the core of all natural laws.

This applies to each and every interrelation between people in the same way that it applies to internal processes in the cognitive processes within man. All human interaction constitutes interplay with nature.

If we are to be able to look into nature and its cosmic form, I believe that, given our current state of knowledge and insight, we must turn to quantum physics in order to find experience, theories and hypotheses concerning the fundamental states of nature.

From my standpoint it is necessary to formulate a number of hypotheses regarding the laws of nature in such a way that they relate directly to man, who is nature. We derive thence a number of assertions drawn from quantum physics and interrelated with dialectics as an approximation of perception and theory.

– All natural laws, i.e. all the laws of reality that we have discovered and are discovering, merely tell us what is possible under specific circumstances, and what is impossible under those same circumstances. These laws say nothing about what is really happening, or what will happen. They only tell us what could happen. The laws of nature are a collection of probability tables.

– Man as nature is an aware being. This means that we can look upon man as one of nature’s means of achieving self-awareness. This does not mean that nature had to produce man by necessity, but rather that man arose as a
chance occurrence in the stream of necessity. Subsequently, this necessity represents nature’s evolution toward ever more complex forms of awareness, in which man may be viewed as one of many possible forms of awareness.

– Based on man’s capacity for awareness, which I define as bringing his actions and thoughts into harmony with fundamental laws within and outside of his own existence, it necessarily follows that nature has also brought forth the potential for negation (the opposite) of awareness. In other words, a striving to cancel, to negate, to set ourselves outside of and above the logic of nature; destruction, and a pervasive destructive counterpart to awareness. This can result in the extinguishing of the element of awareness in nature, including in some cases that which we have given the name of man.

The total oneness realized through the dialectical approximation between understanding in the sense of researching, revealing and perceiving the interrelationships in nature, while at the same time being able to feel the oneness of oneself in the world and the oneness of the world in oneself, constitutes the actual basis for living in, with and for that oneness, while it simultaneously lives in, with and for us all.

This is the real foundation of dialectical thinking about our existential situation.

If we take dialectics and quantum physics as our starting point, it is natural to consider that man initially arose as a result of accretions or accumulations of potentials in nature that favored the appearance of man as one of the potentials for awareness in nature. This was possible only because these potentials actually existed in reality. Man thus first arose as a potential, because that potential existed in reality. This resulted in the real, in that man is nature because man actually existed in the realm of the possible by necessity.

Man as nature also entails that men and women are the same, even though they are just as different as any two men, two women, or adults and children. Oneness springs forth from our diversity, and all people thus comprise the basic conditions that underlie all people. Freedom, equivalence, equality, etc. thus do not constitute something that women have to recapture, but rather something that we must all restore.

By acknowledging our similarity, we lay the basis for true dissimilarity. Through true dissimilarity, people can be united into a dialectical whole, where the particular and the universal converge. This convergence transmutes into a new quality, a love story of reality, where all people are united in the one, and where the one is united and differentiated from all others. This is true individuality.

The dialectical perception of the interrelationships between chance and necessity, as seen in quantum physics, leads us back to the real conception of nature’s freedom, of human freedom.

In his active endeavors, man is far from being some sort of plaything of blind fanatical chance, neither is he subject to immutable necessity. Man makes use of the chance element in actual events, and human freedom depends on the very fact that man’s future can be determined because it is not predetermined.

The future unfolds in a manner that is partly determined by the past, but the past is absolutely not definitively determinative. Neither are individual aspects of nature nor is nature as a historical phylogenetic embodiment (man). This is evinced in the individual development phase, the ability of each individual to mold his or her own life and body, or as the evolution of species, i.e. the direction of human evolution.

It then also follows that nature’s ontogenetic embodiment (the individual’s life story) is also a vehicle for each possibility that can manifest in reality.

This means that freedom from determinism is not a given, but rather that it is created and won by altering the basic premises which have been established for belief in the necessary. This can occur only by engaging in actions which increase the number of possibilities, with the basis of these actions being that they will, through their manifestation, lay the foundation for altering that which is possible.

The likelihood of certain events can be increased, while that of others can be reduced.

It is important to have as our basis the understanding that reality does not unconditionally comport itself in accordance with what we think, but rather that our thoughts must be brought into congruence with that which actually exists in nature. This can bring us to the point where our thoughts converge with, integrate into and ascend into nature. In this way, nature merges with nature.

Nature will always present itself to each of us in different ways and in different forms at different times. Nevertheless, the fundamental truth is that what we appear in is nature, and what we always are nature, so that man will be and will always remain nature.

Man as nature means that each thought that man produces is also nature. Each idea within each individual, and each imagining within each individual must thus also be nature. If this is actually so, then each thought and each idea of God also reflects the nature in man. This can only mean that every thought about divinity is rooted in nature and the natural phenomenological elements that have not been researched by man.

Man is then left with the penetrating insight into nature that sets man himself into relation to nature. When man perceives that he is nature, he achieves full freedom to live as nature, with nature and in nature. Man is then human.

Viewed from this approximation and thought process, man achieves his full freedom only if he wholly and fully acknowledges on all levels that he is nature, and lives together with nature as nature.

A video from a serimoni in Darwin,  Australia May 2003. Celebrating with the Tiwi people that Man is nature,

One thought on “Man as Nature – by Kjell Standal – Norway”